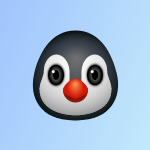 Linux is an open-source Unix-like operating system that is based on the Linux kernel. The kernel is typically packaged in a Linux distribution.

When talking about Linux, the first comes to mind is the Linux command. It is a utility that runs on the command line (shell, terminal, console, or prompt). Using the Linux commands you can perform basic and advanced tasks at a very high speed. The shell or terminal accepts the commands from the user and passes them on to the system and then the system processes and returns the output.

This tutorial covers Linux commands that help you in your journey of using Linux.

How to learn Linux Commands?

Is it easy to learn Linux Commands?

This is a commonly asked question by a Linux beginner. Yes, it is easy to learn Linux commands. First, learn commands and its useful options using online tutorials or a book. Then practice it using a terminal. Once you are more comfortable start using the habit of man pages.