How to Install Nginx on Ubuntu

How to Install Apache on Ubuntu

How to Install MySQL on Ubuntu

How to Install PHP on Ubuntu

Set Up a Firewall with UFW on Ubuntu

Prometheus is a free and open-source monitoring and alerting tool that was initially used for monitoring metrics at SoundCloud back in 2012. It is written in Go programming language.

Prometheus monitors and records real-time events in a time-series database. Since then it has grown in leaps and bounds and had been adopted by many organizations to monitor their infrastructure metrics. Prometheus provides flexible queries and real-time alerting which helps in quick diagnosis and troubleshooting of errors.

In this tutorial, we learn how to install Prometheus on Ubuntu 20.04.

The following are the minimum requirements that you need to have before getting started out:

Start off by updating the package lists as follows:

Once the package index is refreshed and up to date, head over to the next step.

Prometheus installation files come in precompiled binaries in compressed tarball or zipped files. To download Prometheus, head over to the official download page. At the moment of writing this guide, the latest version of Prometheus is 2.31.0.

But first, we need to create the configuration and data directories for Prometheus.

To create the configuration directory, run the command:

For the data directory, execute:

Once the directories are created, grab the compressed installation file:

Once downloaded, extract the tarball file.

Then navigate to the Prometheus folder.

Once in the directory move the  prometheus and promtool binary files to /usr/local/bin/ folder.

Also, ensure to move the prometheus.yml template configuration file to the  /etc/prometheus/ directory.

At this point, Prometheus has been successfully installed. To check the version of Prometheus installed, run the command:

If your output resembles what I have, then you are on the right track. In the next step, we will create a system group and user.

It's essential that we create a Prometheus group and user before proceeding to the next step which involves creating a system file for Prometheus.

To  create a prometheus group execute the command:

Thereafter, Create prometheus user and assign it to the just-created prometheus group.

Next, configure the directory ownership and permissions as follows.

The only part remaining is to make Prometheus a systemd service so that we can easily manage its running status.

Paste the following lines of code.

Save the changes and exit the systemd file.

Then proceed and start the Prometheus service.

Enable the Prometheus service to run at startup. Therefore invoke the command:

Then confirm the status of the Prometheus service.

Finally, to access Prometheus, launch your browser and visit your server's IP address followed by port 9090.

If you have a UFW firewall running, open the 9090 port:

Back to your browser. Head over to the address indicated.

In this tutorial, we learned how to install Prometheus on Ubuntu 20.04. From here, you can now start monitoring various events and time-based metrics. For additional information, head over to the official Prometheus documentation. 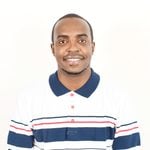